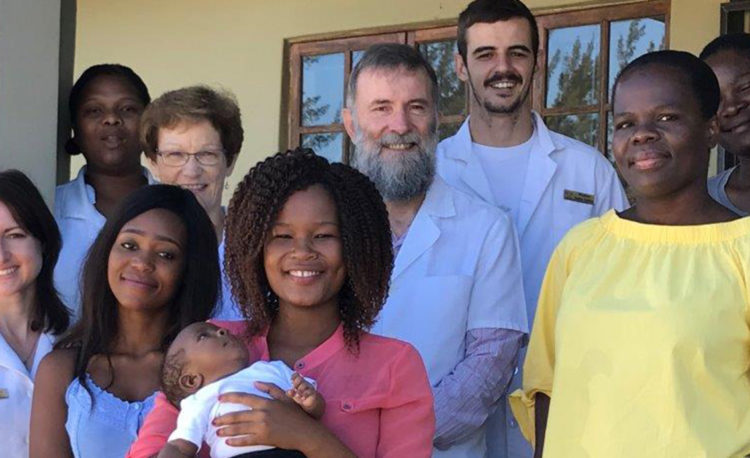 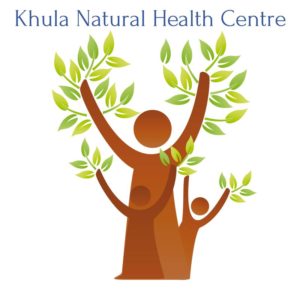 Since 2004 we have been involved in a homeopathy clinic in Malawi, Africa, which offers free treatment for the rural population. During these years we have trained several Malawians in homeopathy and medical basics. Since 2011, the clinic has been run independently by Malawian homeopaths. We continue to visit the clinic at least once a year to offer supervision and training. Our work is voluntary and is supported by the Eva Demaya Foundation, www.evademaya.nl.

As a native South African, I have for years had the vision of setting up a clinic in South Africa in order to offer the socially disadvantaged rural population the medical treatment options that have proven so successful in Malawi.

Together with my husband, the homeopath Manuel Steiner, I have been involved in setting up the Khula Natural Health Centre for over a year now. In April 2017, we were able to successfully complete the pilot phase in which we offered the first homeopathic treatments.

The village, Khula Village, is located in rural Kwazulu Natal, also called Zululand. In Khula Village live about 20’000 adults and about 23’000 children. The surrounding districts form a catchment area of well over 50,000 inhabitants. Many AIDS orphans and grandparents live in Khula Village. The generation in between, which normally takes care of these two age groups, has mostly died of AIDS or moved to the big cities in search of work. It is estimated that about 80 percent of the population is HIV positive and the unemployment rate is 50 percent. The majority of the black rural population in South Africa is still very poor today, 25 years after the end of apartheid, with few opportunities for good education and hardly any access to medical care.

Until now there was only one state clinic in Khula with two nurses. Once a month a doctor makes a visit, but only treats the first 30 patients. This means that medical care simply cannot be sufficiently guaranteed.

Homeopathy studies in South Africa last six years (twelve semesters) and are equivalent to medical studies. In order to be allowed to work as registered homeopaths in South Africa at all, Manuel and I obtained a Master’s degree in Homoeopathy from the University of Johannesburg in 2015. After an inspection by the state health authorities in April of this year, the Khula Natural Health Centre was recognised as an official training institute, which gives students in their eleventh and twelfth semesters the opportunity to complete an internship. They can also spend the prescribed internship period (assistantship) there after graduation. In this way, they gain valuable experience in order to be able to successfully run their own practices in equally remote, rural areas.

The University of Johannesburg (UJ) has already pledged its support for the Khula Natural Health Centre. Since April 2017, the University has been sending four to five students and a registered, experienced homeopath to Khula. The students have excellent knowledge and are very competent in all necessary medical disciplines as well as in homeopathy. They independently conduct anamnesis and examinations. Subsequently, each case is discussed with the experienced homeopath and the appropriate treatment procedure is discussed. As in Malawi, the rural population in Khula reacts very well to homeopathy. The vast majority of patients, whether acute or chronic, are much better off thanks to the treatment.

The majority of patients are women and children. All acute and chronic pathologies are treated, such as rheumatic complaints, hypertension, tuberculosis, diabetes, neurological complaints, HIV with complications, epilepsy, various skin rashes, various acute inflammations, wounds and traumas, parasitic infestations and many more.

The majority of patients speak only isiZulu. We are dependent on the help of translators. However, half of the students speak isiZulu fluently. Our relations and partnerships with the village population of Khula, the University of Johannesburg, the Zulu captain, the state clinic and the African Impact (NGO in the social-medical field) have deepened and strengthened since April. Everyone appreciates the Khula Natural Health Centre and urged us after the pilot phase to continue offering the treatments. The patients were also extremely grateful and asked us to stay as well, because there is no comparable place for them.

The Health Centre is open once a month for one week until further notice so that treatment can be continued in the meantime. In this way, at least some of the patients can be treated. Every month more patients come to the Khula Health Centre. More than 1,000 successful treatments were carried out in the first five weeks. This transitional concept is planned until mid-2019. In the meantime, we can take further steps to put the Health Centre on a solid footing in the long term. Our goal is to meet the medical needs of the Khula population by making the Khula Natural Health Centre available on a daily basis as soon as possible. Meanwhile, the Health Centre is also officially registered as a non-profit organisation in South Africa.

In order to realise this bridging time until mid 2019, we need financial support. We turn to you with the request for a donation for this unusual health project.

On behalf of all patients and their relatives, we would like to thank you in advance for your generosity.